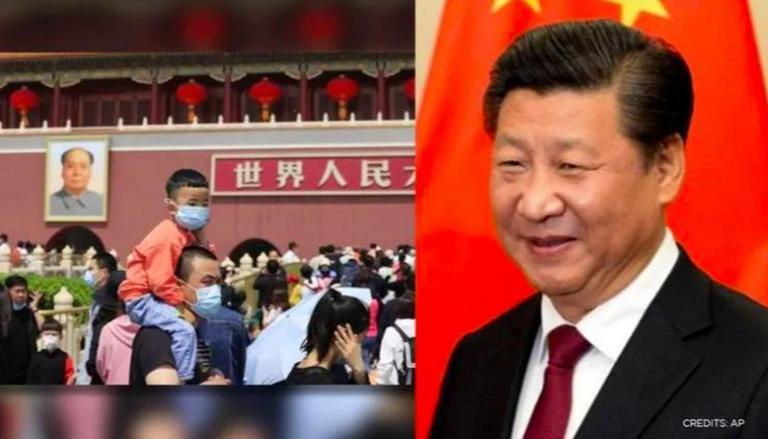 China on Thursday made a formal endorsement of the ‘three-child policy’ on the recommendation of the Chinese Politburo, that cited data that showed a dramatic decline in the birth rate in the world’s most populous country. Chinese national legislature on August 19 argued that allowing couples to have up to three children would be “conducive to improving China’s population structure.”

CPC’s major childbirth policy shift comes just five years after the Xi Jinping administration scrapped the then stringent law that allowed Chinese nationals to have only one child in order to boost population control. However, earlier this year, Beijing’s once-in-a-decade census depicted that the population growth was at its slowest pace since the 1950s with a fertility rate of 1.3 children per woman as the pandemic hit last year in 2020, China’s state-run Xinhua reported.

In its revised Population and Family Planning Law approved by the Standing Committee of the National People’s Congress (NPC) on August 19, China allowed families to have up to three children. CPC was now increasingly worried about the reluctance of the youngsters to be the parent as they sought more social and economic support from the government to raise a child. Separately, it was found that several families, approximately millions of Chinese have been left without children, feeling lonely and depressed during their old age as a result of China’s infamous “one-child” policy. READ | Two Hong Kongers plead guilty after demanding sanctions against China

Some of the couples who passed the childbearing age were now in their late 50s and 60s in China and have been alone, dejected as well as financially unstable due to the controversial population control policy. The millennials were more unwilling to start a family, as they complained about the high costs of raising children, problems, and disruption to their jobs.

The COVID-19 pandemic further confined the youth to the home isolations, battered economy, and as many lost jobs, many women decided to stall pregnancy. In an attempt to encourage women to give birth, the Communist Party of China (CPC) approved a relaxation of its two-child policy adding that the government will now focus on supportive measures such as childbirth insurance, taxes, education, housing as well as employment to slack some burden on the Chinese nationals. CPC is also considering optimizing the maternity leave and maternity insurance system as per the state-run media reports. READ | China praises Taliban after Kabul siege; calls it ‘clear eyed’ and ‘rational’ than before

“Birth policies will be further improved. A policy that allows a couple to have three children will be introduced with supporting measures. This will improve the population structure of China,” a Politburo statement had read earlier.

Since 1980, China had mandated a ‘single child’ policy in the country.  It was only in 2015 that the CCP allowed couples to have two offspring, however, the birthrate plunged even further. The latest alteration in the country’s stringent family planning policy is aimed at improving the country’s population structure and responding to its ageing policy.READ | China frames ‘industry-standard rules’ for influencers who market products online

As per the census data released a couple of months ago, it was found that China was witnessing a drastic population slump at a much faster rate than expected, adding an additional burden on the country to take care of its elderly population. Only 12 million births were reported last year in 2020 nearly one-fifth from 2019, of which, about 40% were second children, down from 50% in 2017, Ning Jizhe, a statistics official revealed in a report. READ | Taliban may make Afghanistan global terror hub: Ex-Minister Andarabi warns China, Pakistan