The US said that it shared the same goal on Afghanistan as frequent adversaries China and Russia, which have moved to work with the triumphant Taliban 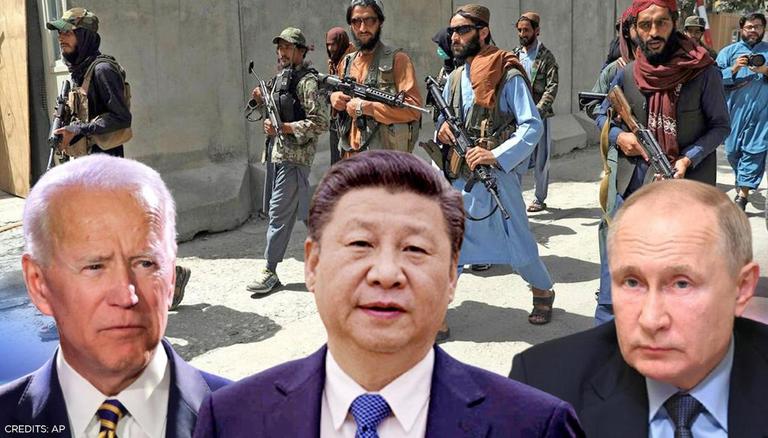 The US on August 18 said that it shared the same goal on Afghanistan as frequent adversaries China and Russia, which have moved to work with the triumphant Taliban. While speaking during a press conference, US Deputy Secretary of State Wendy Sherman pointed to a statement issued by the UN Security Council, that called for an inclusive new government. She said that the statement speaks to the fact that everyone is in the same place, which is calling on the Taliban to ensure justice and equal rights and inclusion, for there to be no violence, for people to be able to leave when they can.

“So, I think right now there is very strong unanimity,” Sherman said while responding to a question whether the US, China, Russia, along with other powers, are on the “same page” in Afghanistan.

Russia and China have stepped up contacts with the Taliban after the US decided to withdraw from the war-torn country, ending a 20-year military involvement. Both the nations are seen as eager to avoid instability and safe havens for Islamist extremists who carry out attacks. China has even said that it is ready to enhance “friendly and cooperative” relations with Afghanistan after the Taliban re-conquered the country.READ | IMF blocks Afghanistan’s access to emergency reserves post Taliban takeover

China supports forming of an “open and inclusive” government in Afghanistan with the consultations of other factions. The Chinese government official said that the insurgents must comply with their pledge of not permitting any terrorist forces especially the ‘Uyghur militant group’ from Xinjiang province, called the East Turkistan Islamic Movement (ETIM). Chinese Foreign Ministry spokesperson Zhao Lijian told the media briefing on Wednesday that, “China’s position on the Afghan issue is consistent and clear” while answering a question about when Beijing would facilitate diplomatic recognition to the Taliban.READ | Lionel Messi, the Taliban featured together in Charlie Hebdo’s ‘controversial’ cartoon

“If we have to recognise a government, the first thing is that we will need to wait until the government is formed,” he said. “We hope there will be an open, inclusive and broadly representative regime in Afghanistan. Only after that, we will come to the question of diplomatic recognition,” he added.

Russia, on the other hand, has said that the Taliban had made Kabul safer in the first 24 hours than it had been under the Ghani government. Russian ambassador to Afghanistan Dmitry Zhirnov said that there was looting on the streets as the Ghani regime fell. Stating that Russia had foreseen the Taliban takeover, Russian President Vladimir Putin’s special representative on Afghanistan Zamir Kabulov said that Russia had been in talks with the Taliban for the past seven years. Russia apart from China and Pakistan has already offered friendly relations with the Taliban government in Afghanistan, in spite of the UN imploring nations to not do so.READ | Taliban captures key US military biometric devices from base camp after Kabul siege