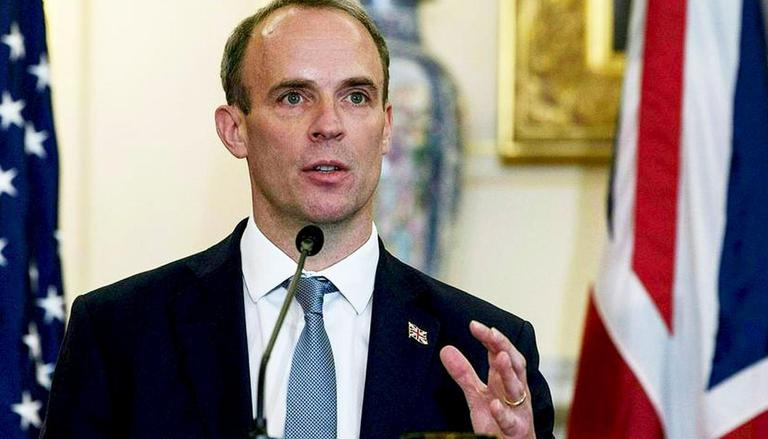 The Opposition in the United Kingdom has urged Prime Minister Boris Johnson to sack foreign secretary Dominic Raab for allegedly delegating important calls on the unfolding Afghanistan crisis while being on holiday. According to a report by the Daily Mail, Raab failed to make a crucial call with his Afghan counterpart Hanif Atmar to airlift Afghan translators out of Kabul, instead of delegating it to a junior minister, Zac Goldsmith. However, speaking to reporters, Raab said he is not going to put down his papers over the Labour party’s allegations of “catastrophic failure of judgment.” Meanwhile, Commonwealth and Development Office refrained from commenting on the issue, the officials at the department confirmed that the foreign secretary had delegated the call to another minister as he was engaged on some other calls then.

Coming down heavily on Raab, Lisa Nandy, Labour’s shadow foreign secretary, questioned how can he be allowed to continue as the foreign secretary? “If Raab doesn’t resign taking the moral responsibility, Prime Minister Johnson must sack him, presenting an example of top leadership. Meanwhile, taking to Twitter, another Labour leader Sir Keir Starmer wrote, “Who wouldn’t make a phone call if they were told it could save somebody’s life?” Layla Moran, the Liberal Democrats foreign affairs spokesperson accused Raab of being wilfully complacent and called for his immediate resignation.

Following the uproar by Opposition over the issue, Ben Wallace, defence secretary, defended Raab and said that a single call would not have made much difference or changed the outcome in the war-torn country, which was under Taliban control for more than a week. Defending himself, foreign secretary Raab argued that how the Taliban captured Kabul, took everyone by surprise and that he took an immediate flight to London and remained in contact with government officials throughout his holiday. It should be noted here that on Wednesday, August 18, the House of Commons was recalled to discuss the situation over the prevailing crisis in Afghanistan.  READ | Boris Johnson accuses EU of threatening United Kingdom with food blockade