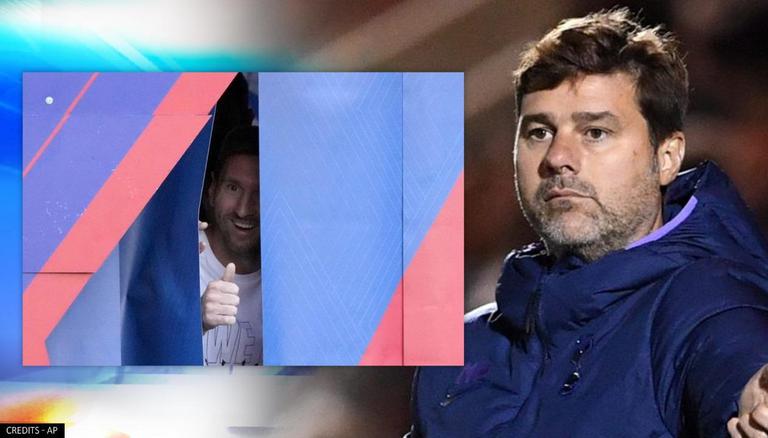 Paris Saint-Germain (PSG) fans cannot wait for Lionel Messi to make his debut after making a sensational move from Barcelona in this summer transfer window. Even though Messi admitted that he may need a pre-season at the club, several fans expect him to make his much-awaited debut this weekend against Brest. PSG coach Mauricio Pochettino commented upon whether Messi will feature in the starting line-up or not.

While there are no clear indications as to when will Lionel Messi make his PSG debut, Mauricio Pochettino gave an insight into the most frequently asked question. Pochettino told reporters in the Brest pre-match press conference, “We have not yet communicated plans to the group, we will analyse and decide after the conference. We all know his qualities, he brings very positive energy. The connection was made quickly. You can tell there’s a good feeling, and not only in the dressing room but also on the pitch.” Meanwhile, Sky Sports believe that Messi will not make his PSG debut before August 29 when they face Reims.

Lionel Messi could make debut in Brest vs PSG match

After kickstarting their 2021/22 Ligue 1 season with wins over Troyes and Strasbourg, PSG will now face Brest at the Stade Francis-Le Blé. The match is scheduled to commence live at 12:30 AM IST on Saturday, August 21. If Lionel Messi were to make his PSG debut, it will be his first club match since helping Barcelona lift the Copa del Rey title in April with two goals. READ | John Terry backs Paul Pogba’s pick for Ballon d’Or winner; it’s not Messi or Ronaldo

Lionel Messi hopes to win the Champions League with PSG

While speaking to beIN Sports, Lionel Messi made his intentions clear of wanting to help PSG win the Champions League. Messi said, “I believe PSG are prepared to fight once again, having come very close in recent years. I have the same dream and desire to win another Champions League. Hopefully, I can do whatever is necessary so that we can achieve that goal, which is something that would mean a lot to the club, to me personally, and to the fans.”READ | Philippe Coutinho to stay at FC Barcelona & wear Messi’s iconic no.10 jersey: ReportsREAD | Lionel Messi reveals PSG ambitions after leaving Barcelona, reunion with Neymar and moreREAD | Lionel Messi, the Taliban featured together in Charlie Hebdo’s ‘controversial’ cartoon