China Praises Taliban After Kabul Siege; Calls It ‘clear Eyed’ And ‘rational’ Than Before

The Taliban, who regained control of Afghanistan by force, ‘will not repeat history as it is clear-eyed & rational compared to its last rule, said China. 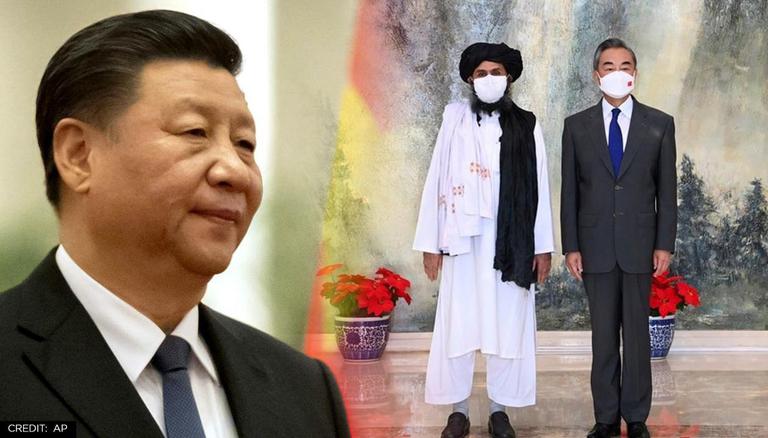 The Taliban overthrew the Ashraf Ghani government by force and regained control of Afghanistan, and ‘will not repeat history as it is clear-eyed and rational compared to its last rule,’ said China, defending the extremist group on Thursday, August 19.

Chinese Foreign Ministry spokesperson Hua Chunying has said the country is in talks with the Taliban and has called for an “objective judgment” on their actions after it seized power in Afghanistan, hoping that it will deliver on its promises, including protection of women’s rights.

“Although the situation hasn’t cleared up completely, it is believed that the Afghan Taliban will not repeat the history of the past and now they are clear-eyed and rational compared to their last rule,” said Hua.

“Actually, the rapid resolution in the country shows that there is a lack of objective judgment in this situation and failure to accurately grasp public opinion in Afghanistan, especially certain Western countries should draw lessons from this,” she added.

Hua noted that Talibani leaders have vowed to resolve the problems faced by Afghans, meet their aspirations, and strive to build an ‘open, inclusive Islamic government’. On Wednesday, China said it will decide on extending diplomatic recognition to the group, only after it forms government in the country, which would be “open, inclusive and broadly representative”.READ | China recognises Taliban’s Islamic govt in Afghanistan: ‘We respect people’s decision’

“On the basis of respecting Afghanistan’s sovereignty and the will of various factions, China has maintained contacts with the Taliban during the last couple of days after major changes took place in the country,” she said.

Beijing’s positive assessment of the Taliban is seen as a build-up towards recognizing the Taliban government after its formation. Hua further acknowledged the extremist group’s promise of equality and protection of women’s freedom of speech, employment, and educational rights.READ | China calls Taliban barbarianism ‘will of Afghan people’ at UNSC; adds meaningless caveats

“The Taliban also said they will take responsible action to protect the safety of the Afghan citizens and foreign missions and would like to develop good relations with other countries. They also said they will not permit terrorist groups to use Afghanistan territory to threaten other countries,” Hua noted.READ | China may soon try to exploit Afghanistan’s rare minerals worth up to $3 trillion, says US

“We also noted Russian and other countries’ political leaders and international media recognition of the Afghan Taliban’s behaviour after entering Kabul. They believe it is good, positive, and practical”, she added.

Hua expressed hope that the Taliban will seek unity with other political parties and ethnic groups through dialogue to build a political framework that is inclusive in keeping with national realities and people’s support.

“We hope it will implement moderate and prudent national and foreign policy, curb terrorism and criminal acts and ensure a smooth transition so that people can live free from war and build enduring peace,” she said.

There has been a build-up of confrontation in Afghanistan and the US left behind more problems so the peace and reconstruction will not be easy, she said. “We hope the international community will encourage and support all factions and ethnic groups in Afghanistan to engage in solidarity and cooperation and open a new chapter.”READ | China says it ‘Will recognise Taliban only after govt is formed’ amid Afghanistan crisis