The incident took place late on Wednesday night in Peshawar, Pakistan when refugees blocked the main University road at Bab-e-Peshawar and started protesting. 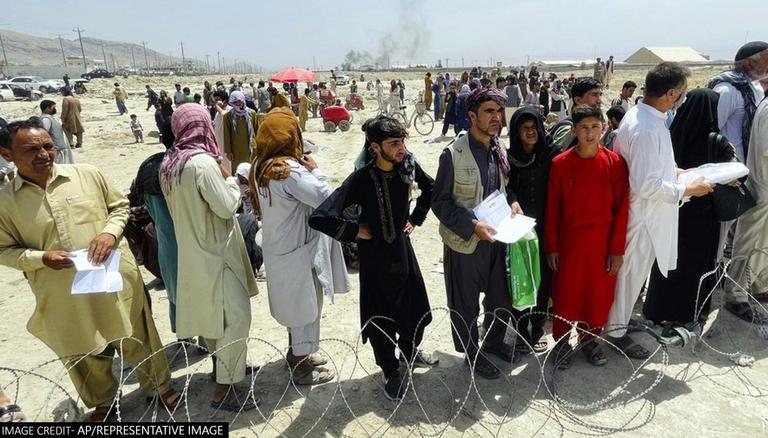 About 31 Afghan refugees were arrested in Pakistan on Wednesday after allegedly raising anti-Pakistan slogans. A case has been registered against the accused refugees in Peshawar’s town police station.

The incident took place late on Wednesday night in Peshawar, Pakistan when eight refugees blocked the main University road at Bab-e-Peshawar in Hayatabad and started protesting against the Taliban’s activities in Afghanistan. They were also seen raising anti-Pakistan slogans and later reportedly vandalized public property. After hearing the news, police immediately reached the spot and tried to disperse the crowd. However, the protestors turned violent and started throwing stones at them. Some policemen were injured.

Similarly, 23 Afghan refugees were seen holding another protest on University road. All of them were arrested and FIRs were filed against them. READ | Afghanistan: Who is Mullah Baradar? Know more about Taliban’s presidential face

According to police, they have been booked under Sections 148, 149, 153 of the Pakistan Penal Code. They have also been charged with inciting hatred on the basis of race, ethnicity, and culture. READ | Ashraf Ghani denies fleeing Afghanistan with cash; ‘only my clothes; not even my books’

Ever since the Taliban took over Afghanistan, several Afghan citizens have been trying to leave the country as soon as possible. Besides, several Afghan refugees living in different countries were seen protesting against the takeover. Recently, protests were seen in countries including Iran, Greece, India, and Pakistan. In Afghanistan, too, people were seen protesting against the Taliban, carrying the national flag of Afghanistan, in Jalalabad. READ | NATO Secretary-General calls for ‘extraordinary virtual meeting’ on Afghanistan crisis