As parliamentarians returned to the House of Commons, hundreds of protesters, including Afghan families, descended upon Parliament Square in UK’s capital London 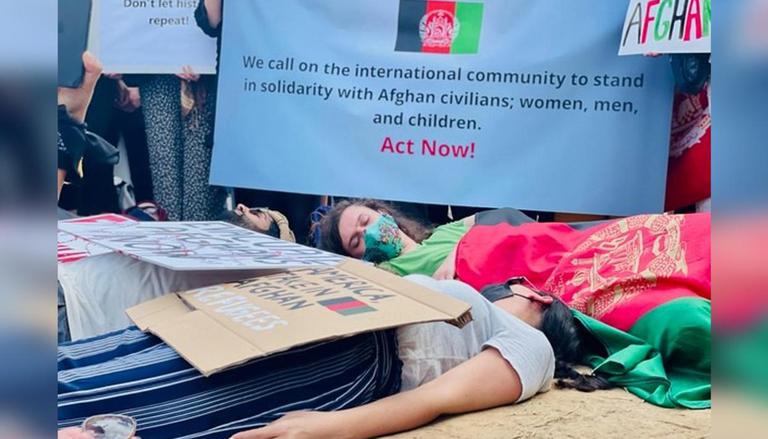 Days after the Taliban captured Kabul, hundreds of protesters, including Afghan families on Wednesday, descended upon Parliament Square in London demanding action. As legislators returned to the House of Commons, several protests took place outside Parliament in central London, with women and children participated bearing posters, balloons and flags of Afghanistan painted on their faces. The demonstrators also chanted slogans like “free Afghanistan” and “we want women’s rights.” Meanwhile, people belonging to Iran and Iraq also joined the protest showing solidarity with Afghanistan.

Former Labour leader Jeremy Corbyn, MP Richard Burgon and a few others were among “Stop The War” campaigners demanding politicians recognise the war in Afghanistan as a catastrophe something which must not be repeated. “Joined @STWuk and other campaigners outside Parliament this morning to demand support for Afghan refugees and no more disastrous wars,” tweeted Corbyn.

Meanwhile, over 200 people joined former translators for the British Army, as the protesters held banners and placards including images of people gravely injured in Afghanistan, with the caption “Protect our loved ones.” Speaking to the media, Dewa, who moved to the UK two years ago, showed her concerns as her family members were still in Afghanistan, whereas, one protestor was from Jalalabad in Afghanistan, where at least three people were reportedly killed after the Taliban opened fire on protesters on Wednesday.

Protest held in US against Taliban takeover

Considering himself lucky, another protestor Mujtaba, who was an interpreter from 2005 to 2010 in Afghanistan for the British armed forces, recalled how he had managed to move his family to the UK a month before the takeover. He stated that his job with the British Army had ended and was granted settlement for his family only last month. It is to be noted that hundreds of people protested on Sunday outside the White House in the US blaming President Joe Biden for betraying the people of the war-torn country and also demanded for sanctioning Pakistan. Notably, hundreds of thousands of Afghan nationals have fleed the country and took shelter in other neighbouring countries in order to save their lives. READ | US: Afghan-Americans protest against Pak for sponsoring terrorism, supporting Taliban