Taliban negotiators have moved to the Afghanistan presidential palace for a ‘transfer’ of power, with Mullah Baradar likely to become the new President 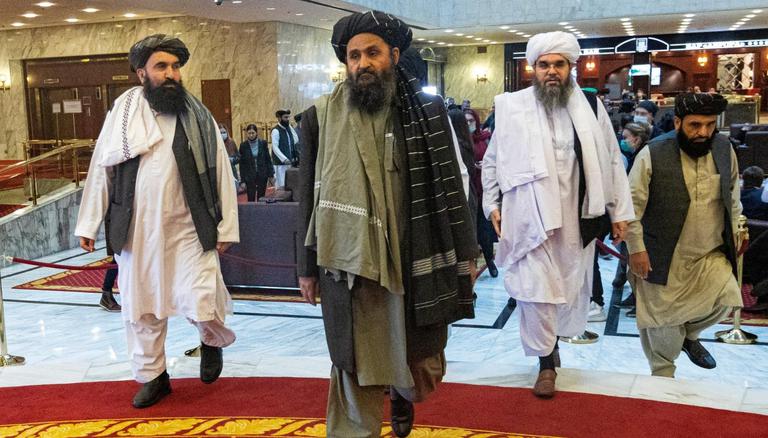 In a breaking development, Afghanistan President Ashraf Ghani will tender his resignation as the government surrendered to the Taliban forces in Kabul on Sunday. According to sources, Taliban negotiators have moved to the Afghan presidential palace to prepare for a ‘transfer’ of power. Following talks between the Afghan government and Taliban negotiators, an interim government led by the Taliban has been announced. The new Afghanistan government will be reportedly led by top Taliban leader Mullah Abdul Ghani Baradar. As per sources, Mullah Baradar has entered the presidential palace with the help of Qatar, which has been helping the Taliban and Afghan govt negotiate, and with the green light of the US.

“The Taliban instructs all its forces to stand at the gates of Kabul, not to try to enter the city. Till the completion of the transition process, the security of Kabul city must be maintained. We do not intend to take revenge on anyone, all those who have served in military and civilian sectors in the Kabul administration are forgiven and safe. All should stay in their own place and home and not try to leave the country,” stated the Taliban.

Earlier today, Afghanistan’s Acting Interior Minister Abdul Sattar Mirzakwal also announced that Kabul will not be attacked by the Taliban and that the transition will happen peacefully, as per Tolo news. He assured residents that security forces will ensure the security of the city.READ | Blinken dials Ashraf Ghani ‘to discuss the current security situation’ in Afghanistan

The fall of Mazar-e-Sharif – a heavily defended city on Sunday morning sent the Afghanistan crisis spinning out of control. With control over Mazar-e-Sharif, the Taliban confined the Ashraf Ghani-led government to the center and east. Given this major leverage, the nation failed to protect its capital. The militant group took over all border posts leading to Kabul, leaving only Kabul airport as the remaining exit from the war-torn nation. Helicopters were seen landing at the US Embassy in Kabul as diplomatic vehicles began to leave the compound after destroying sensitive documents. READ | Pakistan closes border point taken by Taliban, says ‘can’t take burden of Afghan refugees’