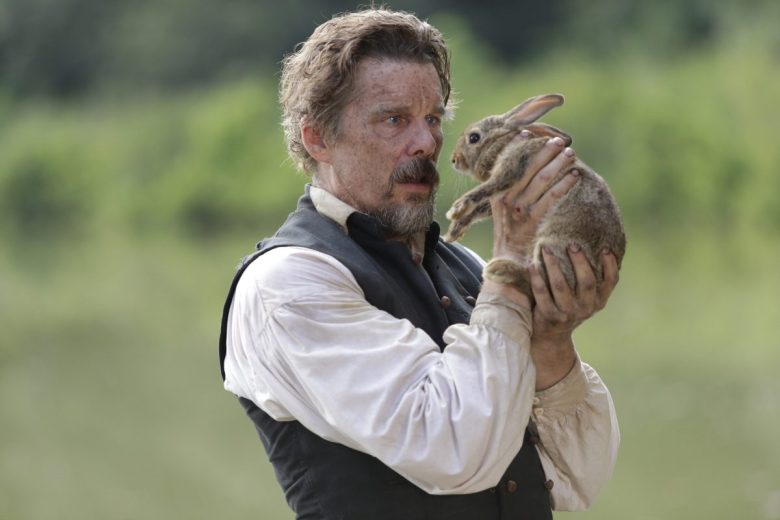 Earlier this year it was announced that actor Ethan Hawke would be joining the Marvel Cinematic Universe as the villain in the Disney+ series “Moon Knight,” opposite Oscar Isaac. Now, we’re hearing a little more about how that casting came to be.

Hawke recently appeared on “Late Night With Seth Meyers” and discussed how a chance meeting with Isaac, as well as Hawke’s work on the Showtime drama series “The Good Lord Bird,” brought the pair together. “I heard about it from Oscar Isaac, who lives like, you know, three blocks down the street from me in Brooklyn,” Hawke said in the interview. “I was at a coffee shop. He came up to me, he’s like, ‘Hey, I really liked ‘The Good Lord Bird.’ I was like ‘Hey, cool, I really like your work. You’re amazing.’ He’s like, ‘Hey, want to be in the ‘Moon Knight’ with me?’ I was like, ‘yeah.’”

“Moon Knight” tells the story of Marc Spector (Isaac), a former U.S. Marine turned C.I.A. agent who experiences multiple personality disorder. He is given supernatural abilities by an Egyptian moon god after finding an archaeological dig site and eventually becomes a crimefighter in the U.S.

“Ramy” breakout May Calamawy is also set to star in “Moon Knight,” which is being directed by Mohamed Diab and “The Endless” and “Synchronic” filmmakers Justin Benson and Aaron Moorhead.

Hawke’s appearance in the series is interesting, especially considering some of his past comments. In August of 2018 Hawke shared his belief that superhero movies are overly praised by critics. In an interview with The Film Stage to mark his lifetime achievement award at the Locarno Film Festival, Hawke showed ambivalence toward the superhero genre and cited the Oscar-nominated “Logan” as an overpraised example.

“Now we have the problem that they tell us ‘Logan’ is a great movie,” Hawke said at the time. “Well, it’s a great superhero movie. It still involves people in tights with metal coming out of their hands. It’s not Bresson. It’s not Bergman. But they talk about it like it is.”

You can watch the full clip with Hawke on “Late Night With Seth Meyers” below.

Sign Up: Stay on top of the latest breaking film and TV news! Sign up for our Email Newsletters here.